What are Shakti Peeth Temples?

How was the Shakti Peeth Temples created?

Many legends narrate the story behind the creation of the Shakti Temples but the most popular and the most believed is one which is related to the death of Lord Shiva’s wife Goddess Sati.

Lord Brahma had a son named Daksha who later became a king and was called Raja(King) Daksha. King Daksha had many daughters, one of them was Sati. Sati was the youngest daughter of King Daksha. Sati fell in love with Lord Shiva and decided to marry him. But King Daksha opposed her decision of marrying Lord Shiva. Daksha over time developed a hatred for Lord Shiva when he realized that Lord Shiva was the person who beheaded one of the five heads of his father Lord Brahma. Goddess Sati fell in love with Lord Shiva and married him. Daksha was unhappy with his daughter’s decision of marrying Lord Shiva.

One day Lord Brahma was doing a yajna and he invited all the Rishis, Saints, and the Gods but he willingly decided not to invite Lord Shiva and Goddess Sati in the Yajna. Where all the gods and saints were invited, Lord Shiva who is the main god remained uninvited and this became an insult for Lord Shiva and Goddess Sati. Goddess Sati didn’t like how her father mistreated her and her husband to go to Lord Daksha’s palace to confront her father. There King Daksha insulted her and her husband Lord Shiva. As a devoted wife Goddess Sati couldn’t take her husband’s insult and decided to give her life. She immolated herself into the yajna fire and gave her life.

When Lord Shiva knew about this incident, he was full of rage and anger. He produced Virbhadra from his dreads. Virbhadra is the fierce and destructive form of Lord Shiva. He ordered Virbhadra to destroy King Daksha’s yajna and kill him. Virbhadra started his destruction and destroyed Daksha’s palace. When Daksha tried to escape, Virbhadra caught him and plucked out his head from his body. After killing Daksha, Virbhadra returned to Lord Shiva’s abode Kailash Mountains. Lord Shiva then reached Daksha’s palace and picked Goddess Sati’s burnt corpse on his shoulders and started wandering the universe. He was still angry and out of anger, he started doing Tandav, his dance of destruction. His dance was so fierce that it scared the rest of the gods. To save their life they went to Lord Vishnu because only he could help calm down Lord Shiva. Lord Shiva then sent his weapon Sudharshan Chakra and it dismembered Goddess Sati’s body into 51 pieces.

Every place where Goddess Sati’s body parts fell became a Shakti Peeth and the devotees started worshipping them as a form of Goddess Sati.

These are some Shakti Peeth Temples that are located outside India 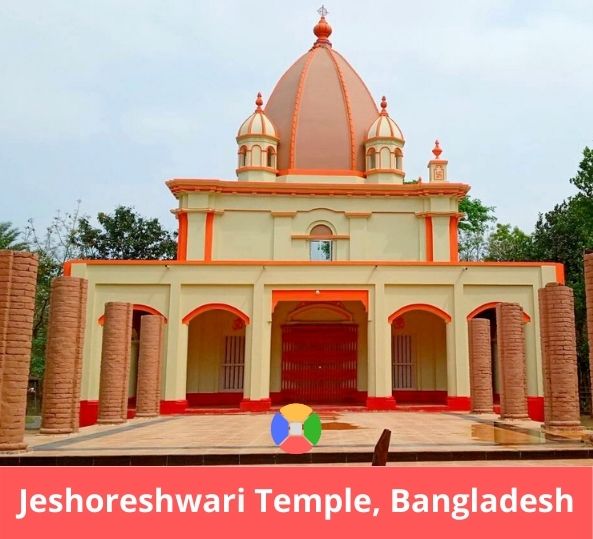 Guhesyeshwari Shakti Peeth Temple is located in the city of Kathmandu in Nepal. It is one of the two famous Shakti Peeth temples of Nepal. The Pashupati Nath temple of Kathmandu is just a kilometer away from the Guhyeshwari Temple. Here the knees of Goddess Sati fell. In the Guhyeshwari temple, Goddess Sati is worshipped in the form of Devi Mahashira. Lord Shiva is also present in the temple in the form of Kapali. The name of the temple comes from the Sanskrit word “Guha” which means cave and the Sanskrit word “Ishwari” which means Goddess. In other words, Guhyeshwari means “Cave Goddess”. The temple was built by King Pratap Malla and is a commonplace of worship for the Hindus in Nepal and India. Guhyeshwari Temple is mainly famous for the tantric worshippers who visit the temple to seek blessings from Devi Mahashira. 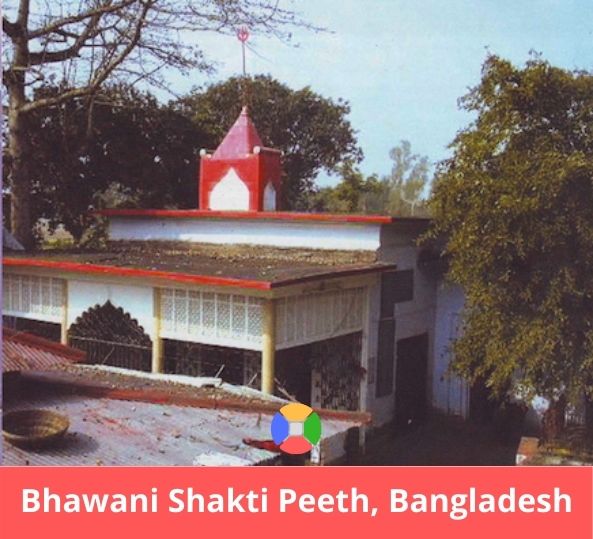 The Bhabanipur Shakti Peeth Temple, also known as the Bhawani Shakti Mandir, is located in the Bogra District of Bangladesh. It is one of the 7 Shakti Peeth Temples that are located in Bangladesh. In the Bhawani Shakti Peeth, Goddess Sati is worshipped as Aparna Devi, and Lord Shiva is worshipped in the form of Bhairava in this temple. It is said that this is the place where the left anklet of Goddess Sati fell. The Bhawani Shakti Mandir has numerous temples of the different deities which are visited by the Hindu people living in Bangladesh and some Indian Hindu people who go on a pilgrimage. The temple premise has 5 Shiva Temples out of which 1 Shiva Temple is dedicated to the Patal Bhairav form of Lord Shiva. Some other temples include Lord Vishnu Temple and Krishna Temple. 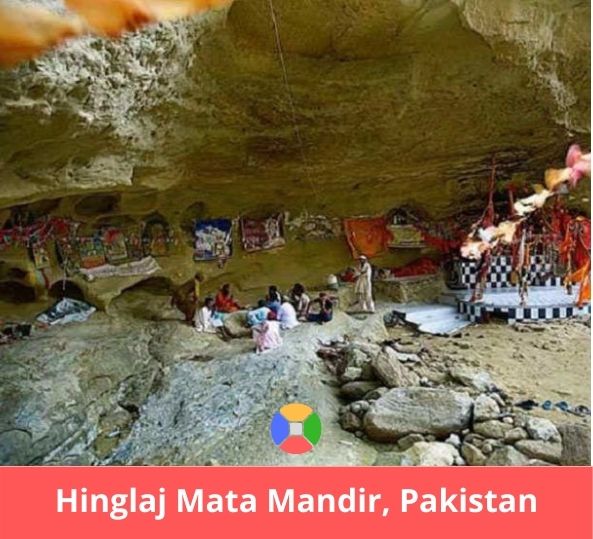 Hinglaj Mata Mandir is a Shakti Peeth which is located in the Balochistan region of Pakistan. The temple is located inside a cave in the Hingol National Park. Hinglaj Mata Mandir is one of three Shakti Temples and one of the major temples in Pakistan. This is the place where the upper portion of Goddess Sati’s forehead fell. In the Hinglaj Mata Shakti Peeth Mandir, Goddess Sati is worshipped in the form of Hinglaj Devi and Lord Shiva in the form of Bhairav. The Hinglaj Temple doesn’t consist of any manmade idol of Goddess Sati or Hinglaj Mata, but a small round piece of stone covered with sindoor is worshiped by the devotees. Every year around 2,50,000 people from India visit Hinglaj Mandir. There are Hinglaj Temple in Gujarat and Rajasthan for the people who couldn’t visit Hinglaj Temple in Pakistan. 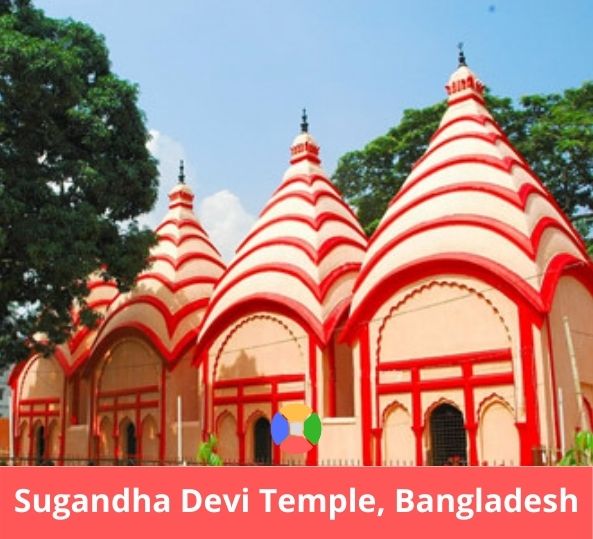 Sugandha Devi Temple is one of the main Shakti Peeth Temples located in the Shikarpur Village of Barisal District of Bangladesh. In this temple, Goddess Sati is worshipped in the form of Sugandha Devi and Lord Shiva appears in the form of Tryambak Mahadev. Sugandha Devi Temple is the place where the nose of Goddess Sati fell and it became a Shakti Peeth. It is one of the most famous Hindu Temple located in Bangladesh and it is visited by many Hindu worshippers from Bangladesh. Some Hindu pilgrims from India also visit the temple. This temple is well known for the Shiva-Chaturdashi Festival which is celebrated every year. 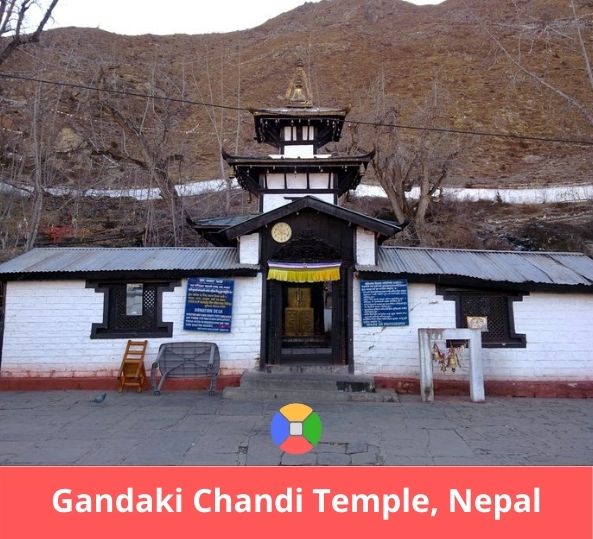 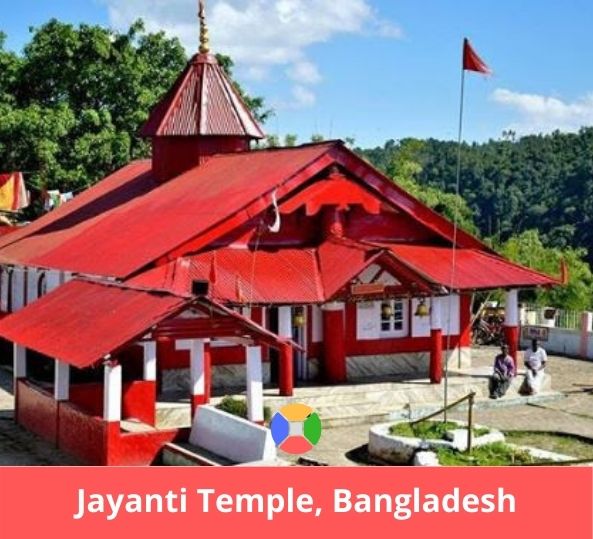 Maa Jayanti Shakti Peeth Temple is located in the Bourbhag Village of the Sylhet District of Bangladesh. In the Maa Jayanti Temple, Goddess Sati appears in the form of Goddess Jayanti, and Lord Shiva appears in the form of Lord Kradishwar. This is the place where the left thigh of Goddess Sati fell due to which the place was earlier known as Bamur. The name of the place was later changed to Baurgram and is commonly known as Bourbhag Village. The local Hindu people of Bangladesh know this place as Maa Jayanti Kalibari. Every year major festivals are celebrated in this temple and people from Bangladesh and India can be seen gathering together in this temple. It is an important place of worship for the Hindu people. 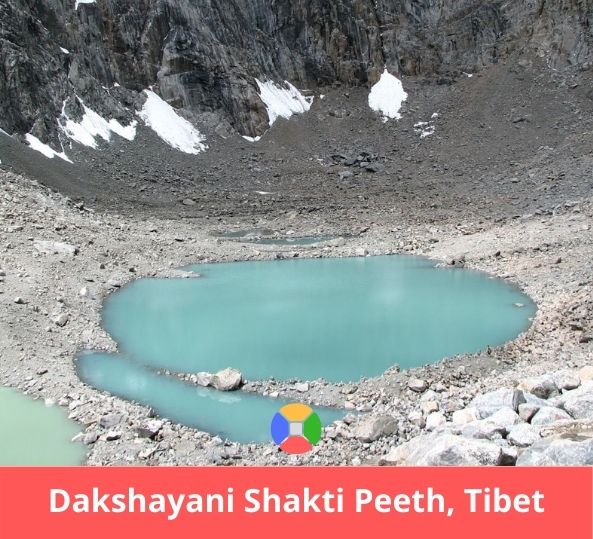 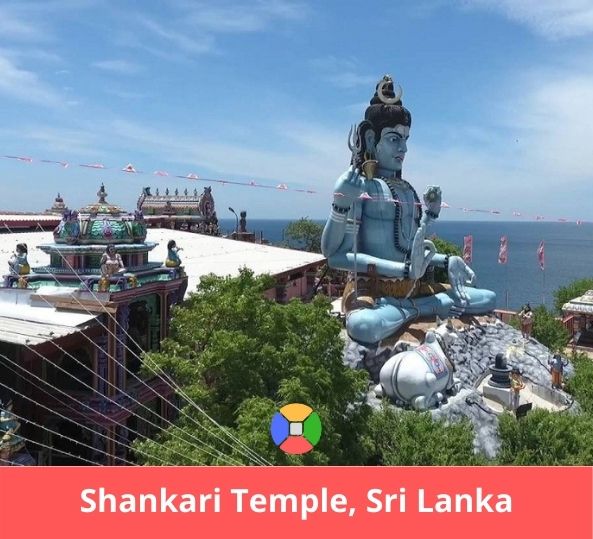 Shankari Shakti Peeth Temple is located in the Trincomalee District of Sri Lanka. The Shankari temple is considered a part of the Koneswaram Temple. In this temple, Goddess Sati appears in the form of Goddess Shankari, and Lord Shiva appears in the form of Trikoneshwar. This is the place where the heart of Goddess Sati fell. The Shankari temple was first founded by the saint Adi Shankaracharya but the original temple was ruined by the foreign Portuguese Invaders. The idol of the main deity Goddess Shankari was somehow preserved and a new temple was built in the place of the old temple. In the Shankari Temple premise, there is another Shiva Temple which is dedicated to the Trikoneshwar form of Lord Shiva. 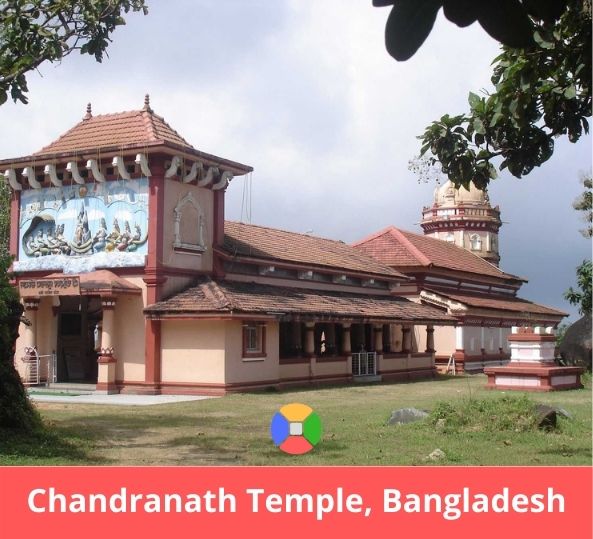 One thought on “Which Shakti Peeth Temples Are Located Outside India?”